Seek and Maybe Ye Shall Find Me

As a would be icon of unpopular culture and purveyor of nebulous philosophy, I seek anonymity in order to preserve my mystique.
–Trungpa Bumbleché

The fourth album by Whitman McGowan, Look What the Cat Dragged in Again, will have its world cd release party in a location which will be nearly impossible to get to for most people, and that’s as it should be. The difficulty in obtaining this Viridiana Records collection renders it instantly collectible. The fact that you even know about it makes you an incredible sort of person. The cd features thirteen tracks of down to earth observations and marvelous monologues set to music.

The bar in Scotland’s only 5-star theater!

Look What the Cat Dragged in Again: Whitman McGowan  again offers spoken word accompanied by the  music of multi-instrumentalist Don Kirby and sitarist Baba Ganoush from Pasadena, plus Canadian duo Johnny and Johnny.  What’s new are the debuts of Margery Snyder’s flute and alter ego Trungpa Bumbleché. Vancouver stomping ground Cafe Montmartre is again a venue, as it was for the Caught in the Act album. See how two numbers sound three years later in the same room!  Lemon De George, sound engineer on the music documentary Genghis Blues, shepherded this little flock of board tapes and studio recordings. Artful cd packaging by brand guru Stanley Moss has this humble collection all done up like a dog’s dinner. 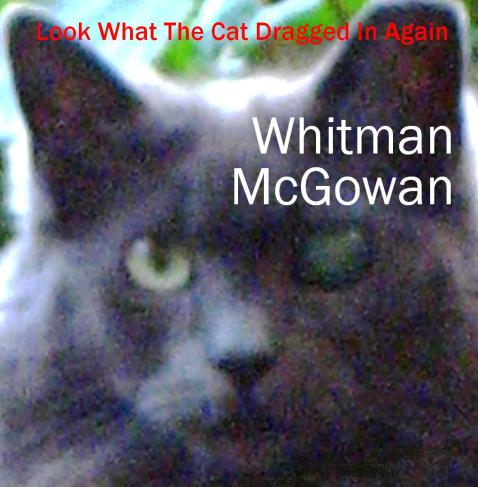 Whitman McGowan could be the youngest beatnik and the oldest slacker, having squared the hypotenuse of his eternal hippie and survived a scary hip hop moment and a punk phase. His alternative spoken word embraces 1950‘sish Lieber and Stoller style “playlets,” dub poetry, French surrealism, post-Beat rant, New Age medicine show, any kind of serious fun you can have with words. This is something special: out of this world and down to earth speeches presenting new archetypes expressing crucial myths and conflicts of a post-modern age.  At least he thinks he’s alright and so does Margery, thank Goddess.